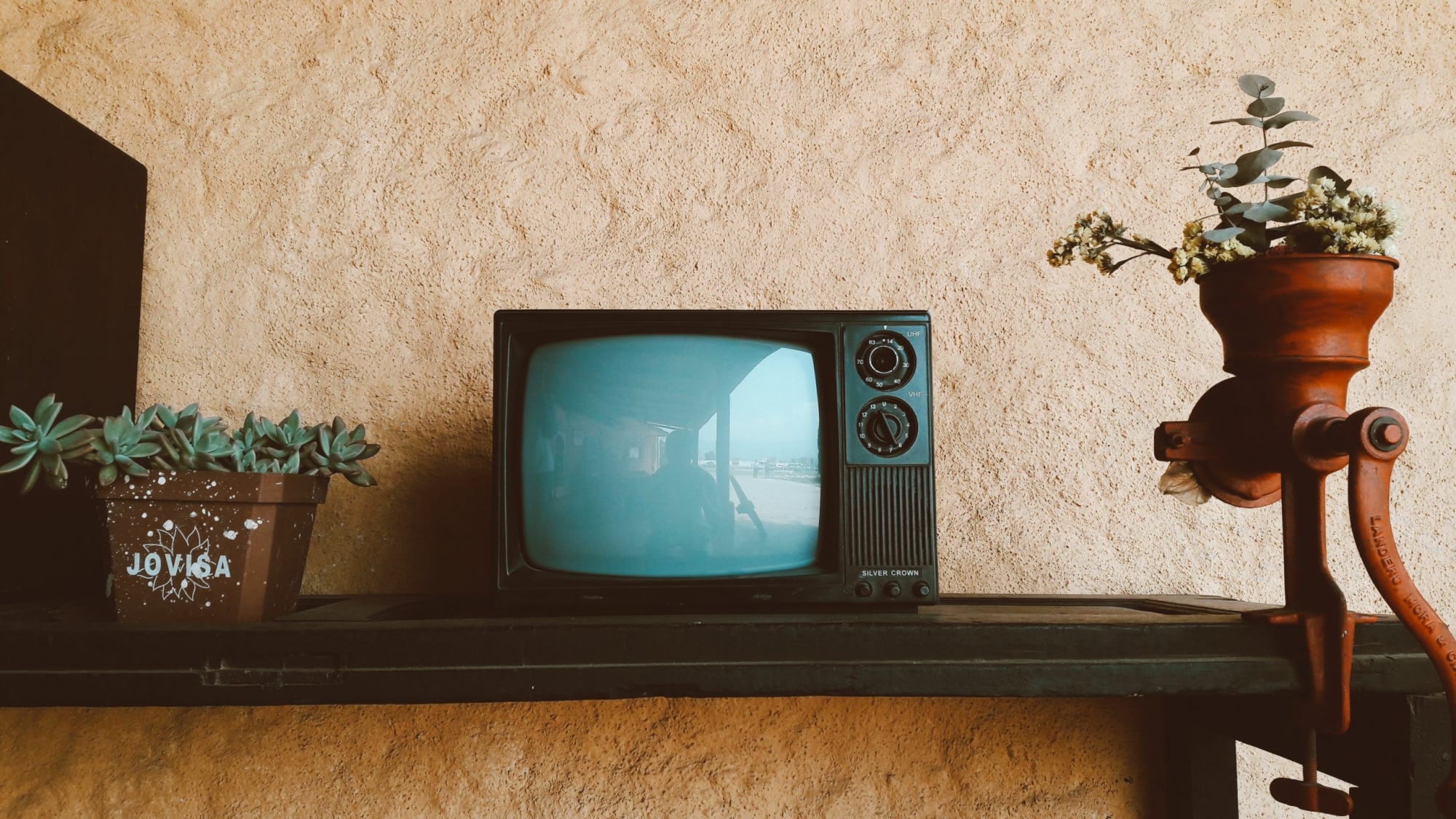 (From the perspective of an orphanage caregiver)

Hollywood is obsessed with orphans. Think about it! It is amazing how many movies (especially kids’ movies and shows) feature little tikes running in the streets, with no caring guardians in sight for miles. What’s even more ridiculous is how rare you’ll hear a reasonable explanation for Aladdin’s parents to be gone, or Miranda Cosgrove to have an entire six seasons (iCarly) being raised by her elder brother.

To make the trend even more absurd, it always seems that Hollywood knows the least about the reality of child abandonment stories and trauma. And while watching the lost boys run free in Neverland is good fun for children in secure homes who wish their parents would disappear…it might not hurt to occasionally pause, and consider the narratives being displayed for our kids who have actually lived through real hardship.

Now, we’re not suggesting you remove these movies from the shelf, necessarily! In fact, some of them on this list have message gems that could really help stabilize, and give confidence to your kids that are parentless. But for a few of these, it might not hurt to be aware of the negatives, and be prepared to explain or preface the film before your kids’ viewing pleasure.

So with that in mind, here are the pros and cons of 3 Hollywood “orphan” movies: 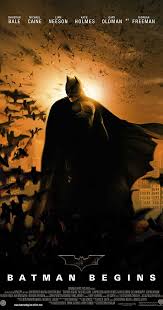 Interestingly, many comic book characters are orphan-to-hero stories. And it’s understandable, because any abandoned child who manages to overcome their disadvantages and develop into a functional, helpful member of society is a ‘hero’. It’s the ultimate rise-up from the ultimate bottom.

And no hero tells this tale in a more realistically gritty way than Batman. While all heroes pass through the ‘tests and trials’ necessary to be realized as overcomers, Bruce Wayne’s journey is marked entirely by his childhood trauma of violent abandonment.

The film Batman Begins (2005) features a gruesome and painful scene, as young Bruce watches both of his parents get shot and killed in an alleyway. This memory becomes personified and relived through his ongoing fear of bats. Bruce then subjects himself to what could essentially be seen as exposure therapy, and thus recreates himself into the Batman.

What’s incredible about this story is the complete acceptance and integration of Bruce’s past into what makes him powerful in the present. He lives his trauma, not as an event to come to terms with and bury, but as a tool that can be used for the good of others. That is something we would all love to see for our children—that they take on the scriptural reality, “You intended to harm me, but God intended it for good to accomplish what is now being done, the saving of many lives.” (Genesis 50:20)

This message is an important one, but we should be aware that it is presented in a fairly realistic and understandably dark manner. Children will see Bruce witness his parents’ murder, and the unfolding of his grim and haunted character as a result. They will watch him fight and win, but not optimistically. Because of this, we would recommend keeping this movie for your older children, who are better prepared to follow Bruce into the cave of past experiences and come out the other side.


“But I know the rage that drives you. That impossible anger strangling the grief, until the memory of your loved ones is just poison in your veins. And one day you catch yourself wishing the person you loved had never existed, so you’d be spared your pain.” 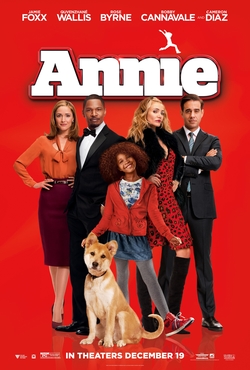 Little orphan Annie is still gracing the entertainment and Broadway world, dreaming, dancing and singing about ‘tomorrow’. With it’s most recent movie installment directed by Will Smith and released in 2014, the story actually originates from a political comic strip dating back to 1924. How has she managed to stay ‘little’ for so long?

The story itself is fairly simple—Annie lives in an abusive children’s shelter before being adopted by a billionaire trying to better his PR image. When Annie asks “Daddy Warbucks” to help her find her biological parents, trouble ensues.

Warbucks’ offers a financial reward for the appearance of Annie’s parents. But the evil orphanage director’s brother and his girlfriend impersonate Annie’s parents in order to kidnap her and steal Warbucks’ reward money. Luckily, the plan doesn’t work, and Annie and billionaire Daddy Warbucks discover they belong together as adopted father and daughter.

Hope is the most important theme in this film. Of course, the highlight of that theme is the ever-famous song, “Tomorrow”. Annie always reminds us that the sun will eventually come out, and everything will turn out alright. Just at the moment she might lose her hope, her adopted father steps in to say, “I’m not giving up. Don’t you give up… You are special! Never stop believing that!”

There are major plot points in this film that could be incredibly unhelpful to your children. Naturally, our precious kids do not want to be in a shelter, just like Annie. But as kids will sometimes view the orphanage as the roadblock standing between them and life with their family, a movie depicting that very scenario happening is not what you want.

Not to mention the themes of child abuse, and the adopted father initially taking her in for personal gain. The orphanage director, Miss Hannigan, is a deplorable character; verbally abusing the girls is the entirety of her script. It’s a stream of self-centered characters with only a glimmer of haphazard, unrealistic, billion-dollar redemption at the end.

Grace: What about this orphan right here?

Miss Hannigan: Because… because she’s a drunk! 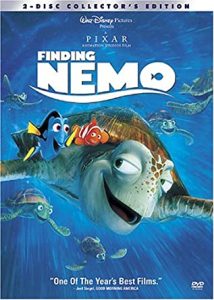 Very technically, Nemo the clownfish isn’t an orphan. He is, however, displaced and living on his own, adjusting to a tank full of strangers, wondering if he’ll ever see ‘family’ again. These are themes our kids will immediately identify with.

The film opens with Nemo still unhatched in his egg, and we see his mother eaten by a larger, predator fish. The violent encounter leaves Nemo injured, rendering one of his fins underdeveloped—a permanent, personal marking of a tragic loss.

Years later in his life, the main plot begins as young Nemo is effectively “kidnapped” from his father in the ocean by a diver. He is placed into a dentist’s office tank with a host of funny, fishy characters, as his father goes on a long, perilous journey to rescue his lost son.

Nemo’s personal story-line is essentially a “coming-of-age” tale, beginning with fears of abandonment, powerlessness, and lack of identity. Nemo must face the world without his family for the first time, without the promise that he will ever see his father, Marlin, again. The results are overwhelmingly positive, as he is protected vehemently by the foreign fish tank gang and braves scenarios he fears, successfully.

This is precisely the atmosphere we want to set for our kids in a foster care or orphanage setting. We want them to know that, while we can’t promise a reuniting with their family, they are entirely safe with us, empowered to conquer their fears, and find their identity.

In addition, Finding Nemo plays heavily into the theme of family reunification. Nemo is encouraged to know that his father is “out there…lookin’ for you.” Depending on the child, this could actually begin some great conversations that encourage them to pray for their parents, and believe the best—that their family’s still love them from a distance, and may one day be healthy enough to receive them back. That is an incredibly sensitive subject, but at the very least, Nemo’s story helps kids not to think the worst of their lostness or their “lost” parents.

It’s difficult to find a dark side to Finding Nemo. However, it may be worth noting that our little clownfish friend is very forcibly removed from his family. This, not because his father, Marlin, was neglectful, but because the fish tank owner kidnaps him.

Unfortunately, we have heard a similar rendition of this telling come from our own kids, as they believe that the orphanage is holding them captive from participating in a happy family. Probably, the parallel will be lost on the age-group meant for this Pixar classic, but might just be something to keep in mind as you open discussion.

Nemo: It’s okay, it’s okay. I’m looking for someone too. Hey, we can look together.

Some kids’ movies that depict the life, struggle and triumphs of orphaned children have incredible messages to share. Many of them have some subplots that, while subtle, could trigger negative memories or thoughts in our kids. Still others are just awful misrepresentations or flippant retellings that we’re better off not engaging for the sake of our children. No matter where the films we want to share with our kids fall into that spectrum, though, we all desire to be mindful and cautious about what we are allowing them to see. Because when it comes to movie night, we want our kiddos to be safe, encouraged to grow, and just have a great time! 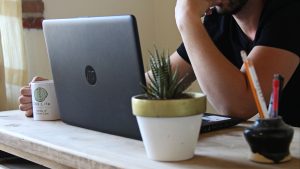 From the Editor: “We’re Looking for Writers”

Edition: Jan | Feb 2022
Do you have experience in orphan care? Do you have writing skills? The Oak Life Journal is paying for article features! 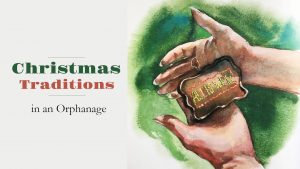 5 Things to Know When Missioning to an Orphanage

Christmas time can be a difficult season for our children. How do we provide stability and belonging? 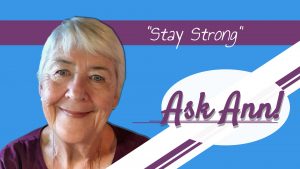 Edition: Jan | Feb 2022
How do we get them to understand that they are safe with us?